A Statement of Belief Part II
Amanda McFadden
William Byrd spent the last part of his life away from the Chapel Royal, moving with his family to Stondon Massey, Essex. During this time, he composed a lot of music for the Catholic church (or perhaps for his personal catholic faith). He wrote two books entitled Gradualia, published in 1605 and 1607. These books were published during the reign of King James I, a time of great anti-catholic sentiment in England. These books provided motets and masses for the proper (specific occasions throughout the liturgical year) and were surely used in private to perform mass. Join Amanda for the second month of exploration of Byrd's ordinary masses (for 3, 4, and 5 voices) and a collection of motets from Gradualia. 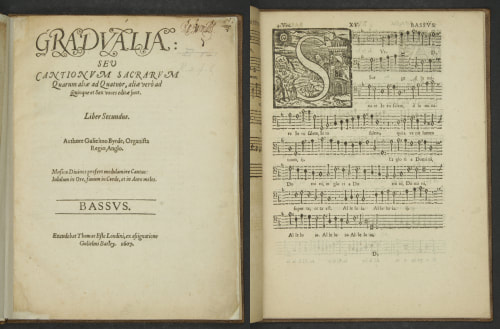